How to Determine Your First Fertility Treatment 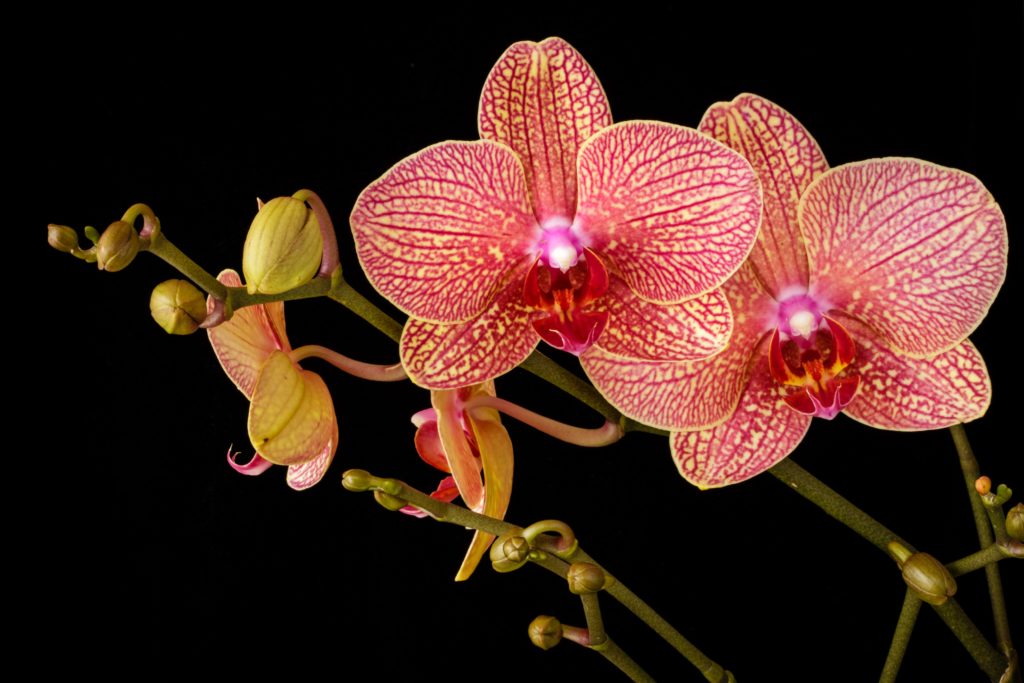 Aside from “how long will it take to get pregnant?” and “how can I improve my odds?” “where do I start?” is one of the most common questions asked in a fertility clinic. Most patients are concerned about being too aggressive or not aggressive enough and wasting precious time (and money). Since everyone comes to a fertility clinic with different health concerns and diagnoses, the starting place for each patient is different.

While this guide serves as a nice introduction to the topic, any treatment decisions should be made with the assistance of your medical provider.

The first fertility treatment is mostly determined by your age, medical history, overall health, fertility diagnosis, and how long you’ve been trying to get pregnant. Answers to these questions, along with results from your fertility evaluation can help you, and your fertility doctor decide on the treatment that is right for you.

Healthy egg, sperm, tubes, uterus, and mother are essential to a successful pregnancy, and there are a variety of causes of both male and female infertility. It’s vital to assess both partners’ overall health and fertility as men and women are equally likely to be the cause of a couple’s infertility.

Female fertility testing usually includes a number of blood tests to evaluate hormone levels, ovarian reserve, and more along with imaging studies like a Hysterosalpingogram and Saline infusion sonohysterography (SIS or SHG)  to evaluate the condition of the uterus and fallopian tubes. If endometriosis or fibroids are suspected, your doctor may also suggest a laparoscopy/hysteroscopy as well.

Men often start with a semen analysis to evaluate the volume, sperm count, motility (movement), and morphology (shape) of their sperm. If any of the results come back outside the normal range, your provider may choose to order additional tests.

There is such a wide range of potential first treatments, but it’s best to start that conversation off with three of the most common treatments.

For women who have infrequent, irregular, or absent menstrual cycles (also known as anovulation), ovulation induction may be necessary to achieve pregnancy because eggs are released infrequently or not at all.

During an ovulation induction treatment cycle, a woman takes Clomid or Lupron for a handful of days to help stimulate egg development and ovulation. Once a follicle reaches an appropriate size, a “trigger” injection of human chorionic gonadotropin (HCG) or Lupron is used to induce final maturation and ovulation. Couples are then told to have timed intercourse the day after the trigger injection as well as two days later.

Ovulation induction can also be paired with IUI.

By triggering your ovulation with medication, your doctor can help ensure ovulation takes place and calculate exactly when it will happen so that intercourse or IUI can be timed accordingly.

Who Might be a Good Candidate to Start with Ovulation Induction:

Couples starting here should have normal anatomy of the uterus, and fallopian tube, a normal sperm analysis, and ideally have an ovulation disorder (for example – PCOS).

Ovulation induction is not recommended for those with poor fertility markers on testing (low AMH, high FSH, women with tubal blockages or disease, or men with severe male factor infertility). It is also generally not recommended for couples that have all normal fertility testing and have been trying on their own for a long period of time.

Commonly known as artificial insemination, an IUI is a treatment in which sperm is collected, concentrated, and deposited into a woman’s uterus using a catheter. IUI can be used with women who ovulate normally as well as women who don’t. And it can be used with medication and without as long as there’s adequate sperm from a partner or donor. IUI generally has a success rate of around 10-20% per cycle, but it becomes a less successful treatment option as patients get older. If IUI is going to work, it usually happens in the first few cycles of treatment.

Because IUI is less invasive, it is often recommended before progressing to IVF, when diagnosis allows.

IUI is primarily a facilitator of natural conception. The goal of IUI is to increase the number of sperm that reach the fallopian tubes and subsequently increase the chance of fertilization. IUI provides sperm with a head start in that they don’t have to travel from the vagina and through the cervix. In fact, it can increase the concentration of sperm at the junction of the uterus and fallopian tube by more than 1000x.

Who May be a Good Candidate to Start with IUI:

Fertility providers don’t typically recommend IUI to patients with fallopian tubes that are completely blocked, partially blocked, or open but diseased. In these cases, conception is challenging or impossible and can result in an ectopic pregnancy. If the male partner has a low sperm count (e.g., less than 10 million motile sperm) or the couple has been attempting to conceive for a long time with a male partner who has a normal semen analysis, IUI may not be advised.

The third and most effective treatment option is IVF. During IVF, a woman usually takes a large dose of hormone-based medications (FSH) to entice the ovaries to grow a large number of eggs. After reaching maturity, an egg retrieval is performed to remove eggs from a woman’s ovaries just prior to ovulation. Those eggs are then fertilized and developed for 3-7 days inside the embryology laboratory. After the embryos are allowed to grow for 3-5 days, one embryo (but occasionally two) is subsequently transferred back into the woman’s uterus during an embryo transfer.

IVF is the most effective fertility treatment available. The CDC also offers an IVF Success Calculator for parents who want to understand their chances of conceiving based on age, height, weight, infertility diagnosis, and other health factors.

IVF is so successful because it removes so many female and male fertility barriers from the process. Because conception is actually occurring in a laboratory and an already fertilized egg is being placed into the uterus, issues with the cervix or fallopian tubes become irrelevant. The same is true of nearly all male factor infertility problems that make it difficult or impossible for sperm to reach the fallopian tubes to fertilize the egg.

Who May be a Good Candidate to Start with IVF?

While couples may need to progress to IVF if other less advanced treatments fail, there are some people for whom IVF may be the first or only chance of conceiving. IVF is often recommended as the first treatment for women or couples with:

There truly aren’t many contraindications for IVF. If necessary, it can be modified or combined with other therapies or donor eggs/sperm to assist.

In addition to the three aforementioned options, there are a handful of other fertility treatments that may also be an appropriate starting point:

The INVOcell is a small thumb-sized device/container that allows egg and sperm to fertilize and develop “within” the woman’s body. The treatment process using INVOcell is very similar to conventional IVF; the only difference is that fertilization and subsequent early embryo development happens inside the INVOcell device, which placed inside the woman’s vagina for a brief few day incubation period rather than an embryology lab.

INVOcell generally has success rates between IUI and IVF.

Mini IVF is really just In Vitro Fertilization with a reduced or minimal stimulation protocol – but because it is often talked about separately, we thought we’d mention it. You may see terms like mini, miniature, micro, low stim/stimulation to describe the treatment. By using fewer medications, a woman is usually able to produce a small number of high-quality eggs while substantially reducing the risk of hyperstimulation and being a little gentler to the body.

Donor Egg IVF is IVF that uses another woman’s eggs (usually a young healthy and fertile donor), which are then fertilized and implanted into the recipient’s uterus. Using donor eggs gives recipients similar odds of success as the young fertile women who donated the eggs and maybe necessary for older women with diminished ovarian reserve or poor egg quality, gay men, or cancer survivors.

The process of Egg freezing is similar to IVF, except for the goal and the fact that the eggs are frozen before they are fertilized. It allows a woman to postpone childbearing until a later time when the eggs can be thawed, fertilized, and transferred – this provides her with the same fertility odds as the age she was when she froze her eggs.

As much as we wish treatment decisions were only made based on what was medically advised, unfortunately, cost factors into the equation more often than not. For most prospective parents, out of pocket costs are a major consideration. Currently, only 17 states have fertility mandates, and only nine states offer IVF coverage – and even those states have glaring holes in coverage.

As treatments become more complex, costs also rise. But, it’s important to also consider how many cycles it might take you to conceive when deciding on a treatment and the costs associated with it. For example, when comparing IUI and IVF – the per-cycle cost of IVF is higher than the cost of an artificial insemination.  However, after several failed IUIs, IVF often becomes a more cost-effective treatment choice.

Because costs are such a large barrier, there are a great number of loans and other financing programs that can help put fertility treatment within your reach. There are even grants that offer free or discounted IVF if you qualify.

The beautiful news is that reproductive medicine exists and has come such a long way that it now gives those who otherwise would have had lower to no chance of a natural pregnancy the ability to start or expand their family. Most young couples still have the time and health to start with less aggressive (and more affordable) treatments liked ovulation induction or IUI. For older couples or those with fertility diagnoses that make these types of treatments less likely to result in pregnancy, IVF is a remarkably effective treatment.

But, no matter what treatment you are planning or currently undergoing, having the proper mindset and approach is critical to success. Find a doctor who will listen. A doctor who will make you the most important part of the team and help create the perfect plan for you. Listen to positive, uplifting messages. Find a mentor or coach who will guide you and create the undeniable resolution that you will become a parent. Believe in yourself!